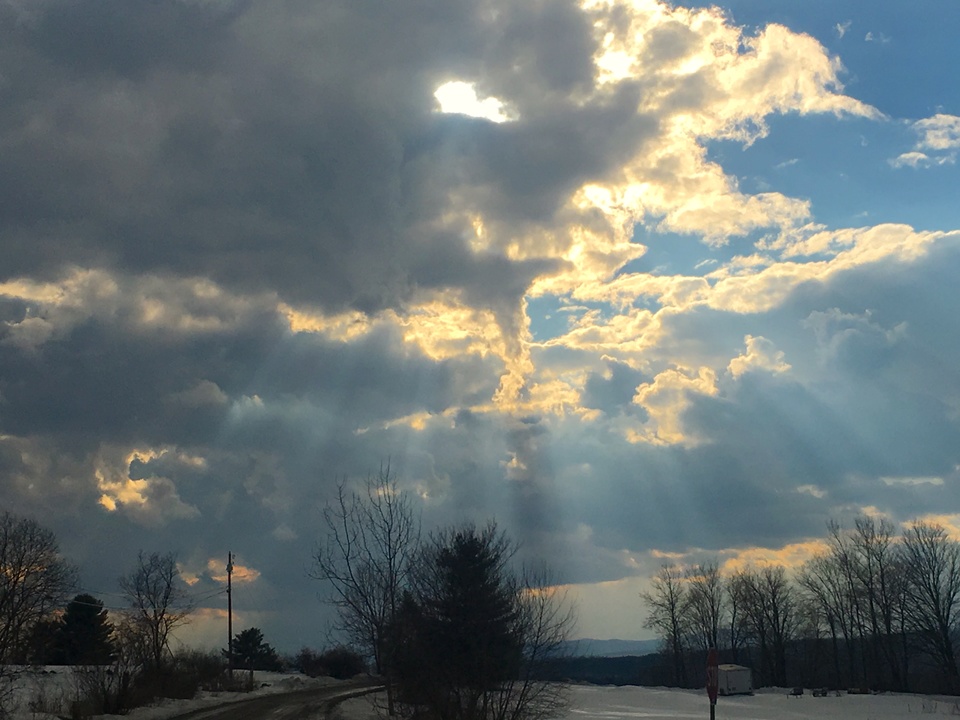 The face of Vermont, photo by Sarah Lipton

The Myth of Disconnection

Have we bought into the destructive myth of disconnection? Look inside yourself and be honest.

Listening to the news lately makes me think that our society believes in a rampant myth of disconnection. We believe so strongly that the “other” is bad, scary, no good, even evil. We believe this so strongly that we want to build walls, keep our neighbors out, send them “back” to where they came from.

I am the daughter of a family of immigrants. I am third generation American on my father’s side. My ancestors fled their homeland, the Pale of Russia. As Jews they were escaping the Tsar’s wrath and coming to find the illusive streets paved with gold. They changed their name from Lipschitz to fit in. As an American Lipton, I have almost reversed the trend, being a lifelong traveler and longing to know humanity from the inside out, from all parts of the globe, frequently wishing to shed my American identity.

We are not disconnected. Far from it, in fact. Your very presence affects my state of being. Please do not listen to the myth that says you are an alien. Please do not buy into the fear the media dishes out. Please reach across and say hello to your neighbors. Please let surprising moments of connection delight you.

On a recent chilly day, my daughter and I wound our way slowly down State Street in Montpelier, the Capital City of Vermont. She was falling asleep in her stroller and I realized it would be a perfect moment to do something I had been putting off for too many months: a trip to the DMV. I had to renew my drivers license.

Because Odessa usually naps for a good solid chunk of time, I did not feel like I was in too much of a rush, so I calmly took my number and sat down in the full waiting area. I accidentally sat in a funny spot where I couldn't see the numbers on the call board, could not tell when I might be called up. A large, hulking young man in Carhartts and sweatshirt with a hat pulled low over his face sat down across from me.

He was the kind of man that a mama like me probably wouldn't normally want to engage with. But I really love to find the soft spot in people, regardless of assumptions about who I should or shouldn’t talk to, so I said hello when he sat down. He looked surprised, but his eyes softened as he glanced at me with the stroller and said hello back. I was rocking the stroller back and forth, making sure Odessa stayed asleep as I waited. I pulled out my phone to catch up on email.

After a few distracted moments catching up on my phone, I felt the pull of curiosity to talk with him. There was something inviting about his presence. I could feel his shyness, at least in his body language, with the hat pulled so low, but I said, “Hey, can you see the numbers? I can't seem to tell when the next one is going to be called.”

He chuckled, which I wasn't expecting. His eyes seemed to light up, which I was also not expecting. “Sure,” he said, “I can see the numbers. What one are you waiting for?” he asked.

“Hey that's great! That means if I go then you get to go soon too!”

He smiled, and I liked the feeling that I had when he smiled. I went back to checking emails on my phone for a little while and then when I looked up again, he said, “Nope, not yet. They just called a 64,” clearly he was paying attention to me.

Then he laughed saying, “Do you know the game battleship? With these letters and numbers, we could be playing a winning game!”

I wasn't looking for this kind of humor from him, and laughed warmly.

“Yes,” I said, “we should chart our course now and we will definitely sink the battleship.”

“Particularly,” he laughed, “ because we know the numbers are always going up, we’ll know right where to sink it.”

More time passed, but now there was a feeling of camaraderie, of waiting together in friendly space instead of lonely silence. My sister-in-law texted me a photo of a cherry blossom blooming in California, so different from our bleak Vermont landscape. I showed it to him, and he lit up again. He seemed to be just sitting there, watching the other people in the waiting area, watching to see which windows would open up.

“Oh yes, that explains it. Spring is coming,” he said.

“The songbirds are starting to come back,” he said, with a glimmer of excitement.

“Yes! I heard them this morning,” I gushed.

More time went by, but the waiting space now felt to me like a conversation game. Now I am looking for things to talk about with him. I put down my phone, no longer interested in avoiding any conversation, but rather seeking it. Secretly, I hoped that my number would still take a while to be called.

“How far did you have to travel today?” I asked.

“I came up from Northfield, so not too far,” he shared.

“Oh cool, I'm going there tomorrow night.” I was presenting at a Rotary Club in his town the next day.

The bustle of the room around us seemed to fade a little bit as we moved towards more of a conversation. There was just this soft, open listening space between us. Odessa was still sleeping, and I felt so encouraged to be sharing a simple human moment with this stranger. He had been sitting fairly hunched in his chair, but as we talked, his posture opened up, perhaps some of the shyness melting away.

“We are up in Calais,” I shared. “What do you do in Northfield?”

He paused just a moment, then pointing to his hat, which I now noticed had a clear label on it, said, “I work at a sock manufacturing company. I do maintenance on the old machines,” he shared, actually pulling up his pant leg to show me his sock.

I lit up, owning a couple of those socks myself. “I love old machines,” which is true, “and I think working on them is a really exciting job. What do you work on?”

With a twinkle in his eye and a smile on his bearded face, he proceeded to tell me about the machines from the 1950s that do all the stitching and knitting to create the socks. He was clearly a native Vermonter and pronounced things that way. His speech was slow but deliberate and engaged.

“They are grease bombs,” he said, “but at least you know how to fix them, none of this newfangled tech stuff.”

And then to my sadness, with the sound of a bing, came the call for my number. He told me that B71 had come up.

“Good day to you, Ma'am,” he said, and he literally tipped his cap to me.

“Yes, thank you, have a great day! It's been really nice talking to you!” I wasn’t sure how I felt about being called “Ma’am,” but I certainly had enjoyed our conversation.

It is now a few days later, and I'm still thinking about this guy whose name I don’t even know. I've been daydreaming about trying to visit the factory so I could talk to him more.

There was such a palpable warmth and humor to our interaction. Clearly not the average visit to the DMV. Clearly a puncture in the myth of disconnection.


For more writing in this vein, visit my website: www.thepresencepoint.com